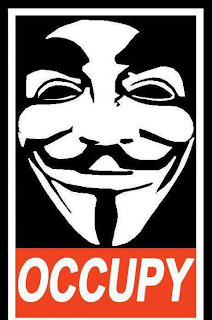 I have had little to nothing to say about THE issue of adoption in the past few posts. It is hard for some mothers and adoptees to understand, but, at this point, adoption is the last thing on my mind. Like millions of others, I am holding on to my last shred of hope that we will survive this unrest, corruption and intrusion into our government by greed and religion. I know it has been happening for a while, now, but I was one of those who really believed it would never get this far.
One thing I do know is that there is little to no hope for adoption "reform" and uniform open records if we get a president out of the current batch of Republican wannabes. Even the undeclared GOP candidates make me shudder when I think of them taking the reins of the executive branch. The Congress is a playground for a bunch of greedy children and the future of our nation as the great country it was is in doubt.
Funny how pet causes and personal interest causes can take a back seat when basic survival becomes an issue. People had criticized the "Occupy" movement, saying it is unfocused and unorganized. I have read the mission statement from the Occupy Wall Street organization and it is very coherent and inclusive. A visit to the Facebook Page and to the links provided will give anyone with questions a lot of good information. This and the upcoming election are the issues that now consume me.
It is imperative to me that we keep corporate greed and ANY religion out of our government. I watched the first part of the PBS documentary on Prohibition last night and the folly of trying to legislate religious morality by altering the constitution or making such laws was made clear. Before anyone tries to point out the Civil Rights act, let me stress that there is a difference between making bigotry illegal, an impossible task, and making laws giving all people a right to a decent life. That is what is ethical, not what is dogmatically moral.
The lack of ethics in the financial community and Congress got us into this mess WITH OUR PERMISSION. You say you didn't give your permission? Well, every time we don't vote, or we don't take the time to educate ourselves about a candidate or issue or we depend on sound bites and whatever someone else says to make a political decision, we are handing the government over to these entities.
Now, a lot of good people, who are deeply into their religion, are giving knee-jerk approval to the Dominionists who are hand in glove with the Corporations in wanting to make the government theirs. Our way of life is not all that is at stake. Our most precious and personal rights are in danger of being destroyed by those who would re-fashion the Constitution to suit them.
For a long time, I thought that the populace was too smart to let these theocrats and fat cats pull one over on them. But the rise (and the slow fall) of the Tea Party has persuaded me that I have given many of my fellow Americans too much credit in the common sense department. The main stream media now relates to its audience on about an eighth-grade level. No longer champions of the truth, the media has bowed to its corporate ownership and watered down its message. Education and penal institutions are in the process of being privatized. The dumbing down of America is almost complete.
I don't want this to be the kind of world left to my four great-grandchildren. I am sick of watching my children, who should have been able to do better with their lives than their parents, struggling to hold on along with millions of other. And I am tired of hearing obnoxious media pundits, both religious and political, spouting ignorance and nonsense for the consumption of those who don't want to use the good brain with which Nature endowed them.
What is really important is that we save our nation from the Big Corporate and Theological Brothers and ourselves from a slide into ignorance. It's a simple matter of survival.
Posted by Robin at 2:39 PM 5 comments: