And More About Unconditional Love 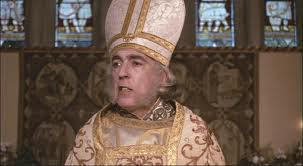 This is one of my favorite scenes in "The Princess Bride." The impressive clergyman had no clue to the fact that Prince Humperdink was NOT Princess Buttercup's "twu wuv." So he was lisping about romantic love. But there are so many different kinds of love.

The love between a mother and child should be one of the easiest and most natural kinds of love there is. But, when we talk about reunited mother and adult child, separated by years and tested by the very unnatural nature of that separation, we find there is nothing easy about it. Sometimes, I think that if we mothers aren't fawning over our adult children and meekly following their rules, they surmise that we don't love them when the opposite is true. It is hard for them to grasp the reality of our experience emotionally, and therefore they mistrust our love. Since few of them have received true, unconditional love, they have a tendency to keep testing ours. And, as our love is tested, we grow testy. The push you-pull me gets to be enervating if it goes on for years.

Love should be easy, effortless, and calm. It shouldn't be a trial or an ordeal. It shouldn't be based on constant crisis and angst. Drama saps the strength of everyone. It should survive the lumps and bumps of children becoming their own people, but should not be a free ride for any kind of bad behavior. I have a son who has been in major trouble from his own actions. At no time and in no way do I excuse or approve of what he has done and he knows that. But I still love him.

I have spoken before about how adoption separation takes a natural bond and doesn't break it but twists and distorts it. I think it also distorts the perception of what the love of a mother really is. It's not a total surrender of the will and the dignity of either party and it sure isn't co-dependent. It is unconditional but not indulgent. It's doesn't need testing. It doesn't pull one down but should lift one up. It is grace and laughter, not pain and drama. And it is one thing that seems to be missing in many a reunited person...trust.

You have to trust that the love is there because no relationship, no matter how close it might be, ever goes 100% smoothly. If the trust is there, you know that though you may be at odds, you will always be loved. And you don't have to make an issue out of the fact. You just accept it and move forward. But adoption seems to leach the trust out of the psyche and I can, unfortunately, understand it up to a point. It is when mistrust becomes either demanding or abusive that I call a halt.

I can understand some of this because my father abandoned my mother, sisters and me when I was five. He returned when I was 14 and though I wanted a dad with all my heart, I never completely trusted him. In his case, I was right not to trust but that is not always the case. If we have to earn trust by being expected to jump through emotional hoops day after day, then many of us just might say, "pass" on that one. If we have husbands, other children, jobs, plans...in other words, established LIVES. We want to make that reunited adult child a part of those lives. We don't want to put our lives on hold while we take our standard reunited mothers' tests (the SRMT's) and see if we passed.

So what we have here is an impasse, a "woadbwock" as the Impressive Clergyman would say. Because of the missing years, we have the impossible expected of us. Sometimes the testing is so emotionally draining that it leaves us exhausted. To be fair, it can't be any easier on our adult children which makes me wonder why we can't work our way around this frustrating crap. I have noticed that some of the older adoptees seem to get it. I count, as friends, many adoptees in the age group of 40 to 60+. A lot of the younger ones are just pissed off 24/7. You can't win what shouldn't even be a contest.

Only maturity, understanding and mutual respect will ever bridge that chasm of years and experience. Insecurity, impossible demands and anger  just break down anything that has been built. I have received private emails from mothers not yet reunited who have read at some of the sites and they are saying, "no thank you," to reunion and to open records for fear that they will encounter a hostile adult child. I have to disagree with them on principal even though I understand their fear and hesitation.

Just who do we mothers think we are? Well, we don't think...we KNOW we are real women with real feelings and real lives, deserving of respect. We KNOW we are not door mats or whipping girls. We KNOW we love our children and would give our right arms if the surrender had never happened. We KNOW we don't deserve the hostility, name-calling and aggravation.

And some of us are getting just a little bit pissed.
Posted by Robin at 11:39 AM

Robin - Amen. I would like to link to this. This is a very good statement, words I have been trying to say, but you said so much better. Maybe it will strike a chord in the right place.

I so agree with this blog that there is so much to say on it that it may even become another blog on mine! This is SUCH a sore subject, and one that NEEDS to be discussed, but frequently isn't! We skate over the fact that the mother's rights were abused because the adoptee was hurt and we need to "Mother Up" for them, but that doesn't mean that mothers deserve even more abuse. It means that understanding and work is necessary on both sides.

Thanks for opening the door on this, Robin. I hope that there can be some discussion on this, because I feel it needs to be, and this goes exactly to the heart of the mission and goals of SMAAC. Respect is a two-way street. Unconditional loves doesn't mean mothers need to become doormats.

I also think that it is a wonderful reminder that not only people who are reunited read on the internet and are appalled at the view that some adoptees express, loudly, publicly, and consistently about the women who gave them life. I also have had mothers tell me that they read someplace or other and were shocked by what they read and decided that they don't have the energy left to deal with reunion. I think it will happen more and more, too. We are getting older and don't have the stamina we once did. And, what's the point of punishing a 60 year old for something over which she had no control at 18 or 20? Many of the adoptees who seem to be so abusive are in their 40's and have children of their own who are the ages their mothers were when they lost them. How much Power and Autonomy did THEY have at 18?

I am 100% with you on this post, Robin. It is a subject whose time has come! I will also be writing about it later this weekend. Thanks for bringing it up! Good on ya!!!

Sure Lori. Link away.

Robin said...
This comment has been removed by the author.
12:50 PM

Thank you. I needed that.

Great post, absolutely agree that we all deserve respect and to be treated decently.Reunion is hard, we make mistakes but adoptees need to sort out their shit, it's not all about them solely, there's another side which deserves the compassion they expect.
Linking this if I may it speaks so well to the issues.

Robin, you are on a roll!

It's sad to imagine not even trying reunion. I hate to think there are mothers that are scared off by what they find online. But then it is pretty daunting when I take it too personally.

My reunion began before the internet which has been a terrific boon to my awareness and understanding. But I know that the push/pull has overwhelmed me often.