Let The Truth Be Told..Money Talks 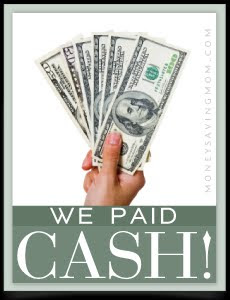 The adopters are now giving lessons on how to pay cash for your womb-fresh infant. Said article on the site linked above gives you the how-to:

"Testimony from David and Melissa


The best piece of pre-marital advice we ever received came from my Dad just over nine years ago. He suggested that if we ever hoped to be a one-income family giving me the freedom to stay home with our children, we should budget only on that one income from day one.


We decided to take that advice to heart and right from the very beginning, my income (I’m an elementary teacher) went straight into our savings account. Over the years we’ve used those savings to help pay cash for several different things; the biggest of which was for the adoption of our daughter."

Well, Golly, Melissa. How terrific for you...not. I cannot begin to count how many adopters, facilitators and adoptees who are in the denial stage want to claim that their adoption cost nothing but "expenses" and that no one made a financial profit. Booool-Sheeeeet. Good Old American free enterprise means EVERYTHING is for sale. Why would they not find a way to market infants to infertiles?

If you access the article by the link, you will note how much these people paid for fertility treatments. That's another industry. It's not like people can accept the fact that it just hasn't happened for them yet and move on with their lives. No. It's like a deranged Muppet..Baby Monster, "Me want Baby Now..Om nom nom nom." The age of self-entitlement has hit its zenith. And what PAPs want, PAPs will get.

The marketing is so slick, so pervasive and so woven into the tapestry of our national culture that young mothers-to-be, sans husbands, just swim headlong into the net like a school of tuna. I have learned, to my horror, that many of these young moms, with pain and sadness, went through with the surrender because they didn't want to disappoint the PAPs. So, somewhere along the line, these moms were persuaded that their rights as mothers were overruled by the desires of the PAPs. If I had a time machine, I would go back about 49 years and disappoint the Hell out of four PAPs.

Now, other than their medical expenses and, most of the time, not even that, these mothers do not receive money for their precious cargo. Women who would actually sell their babies are not in numbers worth counting. But they, like pretty-meat-on-the-hoof Beauty Pageant Contestants, will accept the "scholarships" offered by Gladney and other agencies. I can guarantee you that these agencies make a whole lot more from the adoption than the amount of the so-called "scholarships." They profit from another lie that contradicts what is done all the time..that a young woman cannot finish her schooling "weighed down" by a baby. What nonsense! Young women do it all the time. Single women raise healthy and successful human beings on their own and, often, can prosper while doing so if just given a bit of a boost in the beginning.

I am so tired of the facilitators and those that keep the industry alive, ie; the adopters, saying that it isn't a money-making proposition. Someone, somewhere, gets compensated, even if it is just a guaranteed, continued paycheck for a social worker. Their employer states get federal goodies when they facilitate adoption.

This is why, in a capitalistic society, it is so hard to fight the Beast. Our revolution was more about funds than freedom. We are a Republic, not a Commonwealth and our ties to the Mother-Country were broken with blood and mayhem. And, although our founding fathers were, for the most part, non-religious, or Free-Thinkers or Theists, the judgmental, fundamental and harsh thread of the early Puritan colonists' dogma is woven throughout our culture. Other "First-World" nations laugh at our obsession with the sex lives of our elected officials.

In order for there to be any real, measurable change in the toll taken by adoption, we are probably going to have to strike at the very heart of our government on a Federal level. Open records may have to be obtained state by state, but the damage done by the Industry to both mother and adoptee needs to be addressed by the very apex of our power structure. It is clearer and clearer every day that we serve the government rather than the government serving us. We have to challenge, with vigor, the idea that our families are fodder for the market place.

We can start by using our voices and our blogs and forums to spread information, such as the article on which I based this blog. We don't have to search too hard to find a gold mine of examples and experiences on which to base our written and verbal protests. We have already succeeded in lighting a fire under the complacent fanny of the NCFA. Let's keep it up and continue to deny that idea that anyone is more entitled to our children than we are.

Sooner or later, they will trip over their own greed.
Posted by Robin at 11:25 AM

What is so difficult about truth? Why is that such an elusive element in adoption, one has to ask?

This broken-arm-from-patting-herself-on-the-back woman at least is truthful, no matter how smug she is. LOL. I bet that isn't the message she INTENDED to send, do you?

I was even scolded by an adoptive father once for calling adoption an industry - talk about denial! It's a multi-billion $ a year industry. What else would you call it?

OMG Robin, you nailed it!!!!! I am laughing hysterically in the library..heads are turning, and I for once am speechless....don't I always say follow the money, in adoption it talks, talks volumes...thanks for putting in words what I believe with every fiber of my being. Someday when I grow up I wanna be just like you....always, Jenny

You sure did nail it!So much I'd like to link hope that's ok.

But do they? Do they ever get over their own greed? My a Mom has not. This super saver adopter made me sick to my stomach.

I don't think that they "get over it" Linda but it is their weakness and they can eventually TRIP over it. Like all big bully entities, adoption can, if we can get the right connections and the right things done, be hoist on its own pertart.

That should read, "hoist on its own PERTARD.."