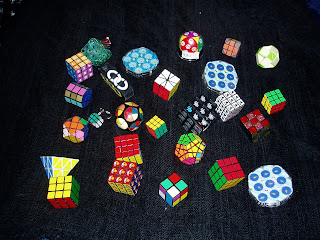 I'm just doing some mental meandering, today. Perhaps, if I get these scattered thoughts out of my system, I can get a bit of focus going. For instance;

Why is it that almost every nasty, belligerent, argumentative comment on a blog is posted by some cat named "Anonymous?"

Why is it that misery not only loves company, but insists on repeatedly inviting you even after you have declined all previous invitations?

Why is it that so many people resist taking responsibility for their own responses and emotional welfare?

Why do adults continue to blame their parents for their bad behavior?

Why is it that some do not learn that the only ways to get respect are to (a) give respect and (b) respect yourself?

Why does it take us repeated attempts and failures before we realize that we cannot reason with (a) a drunk (b) a bigot (c) a door-to-door evangelist (d) a fanatic of any religion (e) drama queens and kings (*see the misery loves company question) (f) ultra-conservatives (g) an adopter or potential adopter (h)Donald Trump?

Why are we, in the 21st century, having to fight to have our children taught pure science without religion? Creationism is NOT science.

Why would anyone vote for a guy named after a salamander for president?

Why does a biased media insist on calling itself "fair and balanced?"

Why do some people think it is OK to execute a prisoner but a sin to terminate an early pregnancy?

Why does anyone think it is any of their business what a woman does with respect to her own body?

Why does it take us so long to understand that we cannot "fix" other people or fix things for other people?

Why do Face book gamers think I want to mess with their farm, their fish, their questions or accept applications that will screw with my computer?

Why do I respond to demands by digging in my heels?

Why does anyone think they have a right to make demands of me?

Why are fanatically religious men so afraid of women?

Why did Princess Beatrice wear that hat?

And, Why, WHY does my female Rat Terrier go roll in the dirt the day after we bathe her?

An inquiring mind knows a lot of the answers but still likes to ask the questions.
Posted by Robin at 10:45 AM

Robin - if you get any answers, please pass them on. I really would like to know!

I would especially love to know the answer to the hat one. What was she thinking?

Ah some excellent questions here, all relevant for me too. I also like
Why do ageing men think they look better with a comb-over? and
When will the adoption industry become ethical?