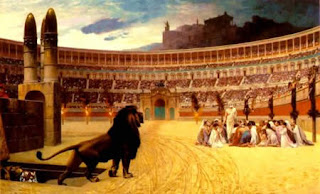 It's all over the 'net. The Evan B. Donaldson Institute (for the further glorification of adoption) has released a new study here.  It has even inspired ABC to go on the hunt for adopted people who feel they have experienced discrimination in order to craft more TV news. Here's the summary.

This study, released in November, is the broadest, most extensive examination of adult adoptive identity to date, based on input from the primary experts on the subject: adults who were adopted as children.

The principal recommendations of the 112 page study include:


Expand parental preparation and post-placement support for those adopting across race and culture. Such preparation should include educating parents about the salience of race across the developmental course, instruction about racial identity development and the tasks inherent in such development, and assistance in understanding racial discrimination and how best to arm their children to combat the prejudice and stereotypes they will face. Preparation also should include the understanding that seeking services and supports is a positive part of parenting - i.e., it is a sign of strength, not failure.


Develop empirically based practices and resources to prepare transracially and transculturally adopted youth to cope with racial bias. This study, as well as previous research, indicates that perceived discrimination is linked with greater psychological distress, lower self-esteem, and more discomfort with one's race/ethnicity. Hence, it is essential to arm transracially adopted youth with ways to cope with discrimination in a manner that does not negatively impact their identity.


Educate parents, teacher, practitioners, the media and others about the realities of adoption to erase stigmas and stereotypes, minimize adoption-related discrimination, and provide children with more opportunities for positive development. Generations of secrecy, shame and stereotypes about adoption (and those it affects) have taken a toll, as the respondents in this research make clear. Just as discrimination based on color, gender, sexual orientation and religion - all components of people's identity - are broadly considered to be socially unacceptable, adoption-related discrimination also should be unacceptable. Professionals and parents also need to be better informed about the importance of providing diversity and appropriate role models.


Increase research on the risk and protective factors that shape the adjustment of adoptees, especially those adopted transracially/culturally in the U.S. or abroad. More longitudinal research that combines quantitative and qualitative methods is needed to better understand the process through which children, teens and young adults progress in confronting transracial adoption identity issues. Additional research is also needed on the identity journey experienced by in-race adoptees - and, pointedly, more of the studies of every kind need to include the perspective of adopted individuals themselves.

We must remember the last study, purportedly for the benefit of mothers, that came from that organization. Here and in the Barfmuggle study, EBDI admits that adoption is badly broken, causes trauma to both the mother and the adopted person and then goes on, blithely, to tell adopters, social workers and agencies how to "fix" things so that they can carry on with business as usual. It reminds me of Nancy Verrier's "The Primal Wound." Verrier, an adopter, rightly points out the pain that separation of infant from mother causes, yet still endorses adoption, thinks that adopter knowledge will fix the problems and then goes on to lay all the blame at the feet of the mothers. I see red every time I think about her urging mothers, especially those of us who were coerced through the system during the Era of Mass Surrender, to "apologize" to our adult children.

I have told my children that I am very sorry their family of origin did not give me the support I needed to make an unpressured decision to keep them, that I am sorry I was young and kept ignorant of the resources available to me and that I am sorry my constant prayers for their well being weren't enough to deter the damage done. But I WILL NOT apologize for something that was forced on me, against my will and desires and needs as a mother. "Nuff said about THAT one.

I have some advice for the EBDI and the industry who persist in thinking they can fix a totally wrecked train. Why not put your efforts and resources towards making sure that pertinent records, past and present, are made available to adoptees AND mothers and do what can be done to keep mother and child together? What a concept, huh?

As long as infertile people think they have a right to children, the industry will try to provide. Knowing that makes me very sad.

Infertile people with money make the adoption industry a lucratic business!!! Many new homes and cars have been bought with the money made from separating children from their parents.

Robin
I've been reading your blog for about a year and learned so much! I found you through Aislin's blog and hope she is doing well. I wanted to point out that more and more online, PAP's seem to be looking for assistence in meeting adoption expenses. I find this horribly ironic as a fraction of that money could keep so many first families together. It appears over the past year or so many adoption profiteers are not only recognising but admitting that their harshest critics are often adoptees themselves. They generally throw around labels like "bitter", "hateful" and of course the always helpful "I'll pray for you". I'm not a member of the triad but it does appear to me that things are begining to change and that the internet is forcing some people to recognise that they can't speak for adoptees once they've grown up. I thank you for your blog and all the work you must put into it. For the first time so many Americans are starting to hear about the other side of adoption and blogs like yours are so vital in bringing light to this subject.