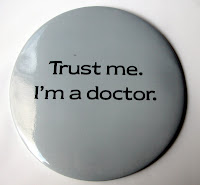 Freakin' film at 11:00! The right of a woman to choose her own reproductive options is being eroded, state by state and woman by woman, by the self-righteous and arrogant among us. It's all over CNN, MSNBC and HNN as well as the network news programs and the print and Internet media. It's reported on TV in quick sound bites but it's there.

In South Dakota, they want to encourage the murder of abortion providers by lessening the penalty for the crime. Others want to force women to visit mis-named "Crisis Pregnancy Centers" before allowing her to seek a safe, medical termination. Texas legislators are pushing a requirement for any woman seeking termination to be subjected to an ultrasound and listen to a description of what is on the screen. Laws are being considered and passed, in a multitude of states, limiting the time period during which a woman can seek termination. Some leggies with beans for brains want to have a murder investigation every time a woman miscarries.

And, get this, an OB/GYN  had a working mother with a risky pregnancy COMMITTED because she could not put her job on hold for bed rest. How dare she make that decision herself? Hmmm? And who says doctors don't have god complexes? That is being fought out in the Florida high court at this time.

Just go the the Planned Parenthood Facebook page or website. You can read all about the assaults made against a woman's right to determine her own reproductive life. With the passage of health care provisions that would not allow compensation for termination procedures, our nation is taking a giant step BACKWARDS, people!! And don't even get me started on the dim bulb legislator who wants to re-define rape. "Naw, judge. She wasn't raped. There's not a mark on her." So, if the guy only uses superior strength, threats and coercion, then it's just peachy to ignore the fact that she said "no?"

You might wonder what a piece about pro-choice is doing on a blog that deals with surrender and adoption, but reproductive rights covers more than birth control or abortion. It also should include the right for a woman to choose to raise her own child regardless of marital status, education or income. The erosion of the hard-won rights to access to effective birth control and safe, legal, medical termination of pregnancy bodes ill for all of us. Women are disrespected and under attack, by the conservative faction in our government and the adoption industry, who operates, unfortunately, with the aid of other women. Setting us against our own seems to work for them.

If we don't stand up for ourselves now, then the future looks bleak for our daughters, granddaughters and succeeding generations. The future in the patriarchal, puritanical US could be a nightmare filled with Stepford Wives and Handmaids if we don't divert this current trend. I don't think we can count on the National Organization for Women (excluding those with adoptable newborns) to offer across-the-board advocation.

If anyone looks closely, they can see the tie-in here between the erosion of reproductive rights and the adoption industry. When women are forced to carry a pregnancy to term, when young people are given no access to any kind of birth control save abstinence and when a woman is stripped of all her reproductive autonomy, then the adopter raptors and their suppliers start salivating over all those healthy infants. Talk about kids in a candy store!! 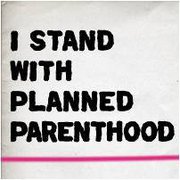 To me, the American obsession with controlling sexuality and reproduction for profit is comparable to our national addiction to petroleum products. There are alternatives and better ways, but the Good Old Boys Club is not going to allow it without turning some screws on some vulnerable people. The middle class, the poor and the disenfranchised will still be the targets of the powerful and wealthy and women will still be the targets of the covetous and controlling....UNLESS we fight back.

If we can stand together for the rights of each woman to choose her own path, if we can put a stop to the arrogant who would profit from our misery and loss, then there will be true equality and autonomy in the US.

I am terrified at the pace that the far right is advancing their women-hating agenda. It is like wathing a snowball rolling downhill. Hard won rights, women's rights, are being eroded in a blink. How the far right can be so blind to what is happening, actually, especially hard right women, I will never understand. And, if others are unable to see the obvious link between what is happening and adoption, they are WILLFULLY blind...

All of this is frightening to me, especially since I have a thirteen year old daughter who is facing this future with limited options and control over her body and her choices.

I find it very scary that we are headed backwards rather than forwards. And yes, I can very much see the link to such restrictions on women and the over-abundant need for more babies to adopt.

Take away the sources that provide affordable contraception for women. Take away their right to terminate a pregnancy if they choose. And cut down on the amount of support offered to mothers to raise their children and you feed these women you have now victimized right into the greedy adoption industry to be victimized all over again.

I find it hard to believe this is happening, it's horrifying to watch and must be so scary.
As Sandy says it's so obvious what the agenda is.

The saddest part of all, we are letting it happen... At least the women of today - those that can and do not speak up. Those young women that think they need a man to have a life. Those young women that refuse to see that they are not indebted to some religious organization for their lives. OMG - I am, sad to say, glad I have grandsons... not granddaughters. - May I quote this and link?

I sometimes can't beleive this is the 21st century...it's really starting to feel like medieval times.

On a positive note, I recently read an article about New York City cracking down on "crisis pregnancy" centers for providing misinformation and outright lies about women's options. One ray of light in a very dark tunnel.

To me, the American obsession with controlling sexuality is perverted.

Then again, I'm enjoying the right-wing 2012 candidates foot-in-mouth disease as they talk about their beloved "family values." It seems Newt is so passionate about America it caused his infidelity(or infidelities). Yes, he actually said this. I guess looking at a flag gives him a hard-on.

@Maybe - you sound like my late husband.... I liked him too!