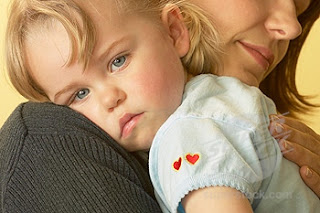 She agonized over that letter. She was placing herself on the line. Years of hopes and longings and needs went into that carefully worded but heartfelt missive. She sent it off with her heart in her throat, hopeful, yet afraid to hope. She just wanted her Mother and Mother's track record, to date, had not been very good. She sent it Certified and knew when it was received. She just kept putting one foot in front of the other and functioning as she waited for a response.

What she received back from her Mother was more than a dismissal. It was an insult. It was cruel. It was hand-written on a piece of paper torn from a legal pad. It had phrases in it like "I made the right decision" and "have a good life" or things of that nature. She didn't even sign it "Mother."

I opined, and I think I am right, that this Mother really hates the person she was when she conceived her daughter, gave birth and surrendered. It was all her dirty little secret, something she wanted to pretend never happened. Her adult daughter gave the proof to the lie. But Good Old Mom keeps hanging on to the lie by her fingernails, determined to erase that which can never be erased. To protect the lie that she mainly tells herself, now, she must reject the product of an ill-considered relationship. The problem is, that she can't escape herself. Where ever she goes, there she'll be.

I want to tell her that one of my children was conceived in an act of violence...rape. But he is not his sire. He is my child. He doesn't make me feel bad about something over which I had no control. His presence doesn't bring up the horror of his conception when I see him or talk to him because I separated him from that a long time ago. Rather than lying to myself about it, I sought counseling and healing.

Our pasts are part of us all until the day we die. It forms, defines and refines us. You can learn from some mistakes and consign them to the memory vaults. But you cannot just dismiss, out of hand, an adult child without causing some real pain. This Mother is either heartless or is so numb to her own feelings that she is sure her daughter will not hurt. I won't begin to claim to know what convoluted reasoning is in her head. I just know she is wrong.

In the AA "Big Book" there is a passage called "The Promises." One of these promises is that "we will neither regret the past nor wish to turn our back on it." There was a time when shame and guilt kept me from re-visiting the events of my first two pregnancies. There was a weird kind of denial going on in me that I could be the person that I would have been if IT had never happened. That's hogwash. When I embraced the lessons I had learned and acknowledged my grief and loss, then I began to really grow. I am fortunate in that the growth began before reunion.

That need to erase the past and that denial can create an emotionally stunted human being if one is not careful. I understand why this woman is so resistant. I can even feel for her. But I cannot excuse her. It's past time to grow up and move on to the fullness of who she is. The young woman who was in an unwise relationship needs to be forgiven. I wish I could wave a magic wand and open the blind, inner eyes of many a rejecting mother...or rejecting adult adoptee for that matter.

That's the bitch of it. I can think of, right off the top of my head, 11 women, who would give their last drop of blood to receive the kind of letter from their adult, surrendered child, that this woman sent to her mother. They have been treated like crap by their lost children. The dynamics of having a child taken for adoption or being adopted and trying to search, to reunite...It's like walking into a mine field. The social engineers and the human traffickers have created a major cluster fuck and they don't even care. They are too busy counting the money.

They bill themselves as "helping to build families." What they have helped build is heartache.

I wish I could make it better, Sweetie.
Posted by Robin at 11:41 AM

"we will neither regret the past or wish to turn our back on it."

Yes. Even right now, with my head and heart being a jumbled pile of nothing, I firmly believe in that statement. Although right now, I do regret a few things, just because it's painful. You have to just keep going forward....and learn.

Love you too, Robin.

Rejection is heartbreaking, no matter who is doing it. And as you said, Robin, the vultures of the industry ignore mothers and children and what we go through in order to make money. It's about satisfied customers for them, and that doesn't include us.

There is rejection, and there is outright cruelty. Linda's mom embraces both. It is brutal to see my friend in pain.

You have to wonder how this person lives with themselves.... truly.

There could be so much healing here, but instead this is a mother who chooses to stay imprisoned by adoption.

I only know Linda from the inter-webs but can see what a talented and wonderful woman she is. Her mother is truly missing out on a special daughter, not to mention her grandchildren. A tragic situation.

What I don't understand is why this woman is talking about 1965. Hell, we're not in Kansas anymore and it's not 1965 either. Maybe it was the best decision to have Linda adopted as a child. But you are both adults now so what does that have to do with now? Don't circumstances change? Can't relationships change? Does Linda have to be an adopted "child" forever? So what if you made a bad choice in a relationship 45 years ago. Who cares? Haven't most of us done something stupid in our love lives? And to worry that your 98 year old mother who is not fully coherent will be traumatized by this. Sheesh!

I see some tough stuff in my journey through adoptionland wearing the various hats I have and do wear.I have only once before seen this happen and could get no reasons from the mother to give to the daughter. They are there of course, but inaccessible to the one who most needs to know them.
I rarely shed tears over the horrible things that happen to us all but I have over this. Thanks for a mother's view Robin. I hope Linda will find some comfort there and in the love and respect we all have for her and her courage.That courage she has grown herself in her own way.

we were all treated badly and shamefully back in the 1960s.Separating families is not an act of kindness.

Being able to reunite with our lost children has been a great gift.

To trash that gift, is, to me a sacrilege.

I was reunited with my son for 18 years until his sudden death in 2007. ..and I simply do not have any sympathy nor empathy for those who reject their lost people.