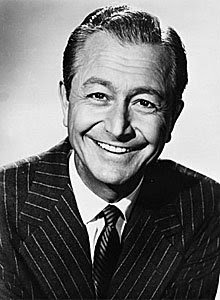 Father's Day isn't the best day in the world for me. My own father, now deceased, was not exactly the picture of the ideal Dad. Father definitely did NOT know best in our home.
I was abandoned and lied about by the father of my oldest child and raped and abandoned by the father of my second. The first was poor judgement on my part in loving someone too immature to hold up his end of the relationship. The second was just being in the wrong place at the wrong time with the wrong person.
While our marriage wasn't the best, my ex-husband was and is an excellent father to our two. My current husband is a wonderful step-father and was a very loving Dad to the only child he had of his own, now deceased. Father's day is rough for him.
My own father was a narcissistic, pathological liar, bigamist and serial adulterer. The last few years of his life were, unfortunately, the best for us. He had retreated into a fantasy of being a good man who never hurt anyone and slowly ate himself to death. He died of congestive heart failure complicated by extreme Type II diabetes at age 72.
For nine years, from age five to age fourteen, I wondered about him and why he left. When he came back, I would soon come to believe it would have been better had he stayed gone. My mother and extended family were my sanity and comfort...well, at least until I "went and got MYSELF pregnant."
I have seen many adoptees becoming the champions of the natural fathers, but they weren't the ones who were in the relationships with these guys that led to their conception. For every girl who "got pregnant, deliberately, to trap a man," I can show you ten who just loved a guy too much to realize that he was not going to hang in for the duration. For every girl who "didn't tell the father because she was mad at him," I can show you twenty who, when they told their beloved the news, were coughing from the dust of his hasty departure. There are two sides to every story and Mom is NOT always the villain.
To me, the kind of father that deserves the accolades on Father's Day are the ones who took the responsibility for their actions and stood fast to give their child a name and the ability to stay within the family of origin. I would have been OK with a quickie marriage and divorce, even with that odious animal who inseminated me against my will, for the ability to keep my child. That's what it was all about, back then. No husband, no Mrs. in front of your name, no right to your own child. Illogical but then this society has never been real good with that logic thing, in my opinion.
I think the two hardest pills to swallow were learning the true nature of my own father, and being abandoned by the father of my first born and mistreated by him. I truly loved both these guys, the first with the innocent love of a child and the second with the first intense love of a young woman, and they both gave me a major kick in the gut. You know what's funny? My first love couldn't stand my father. I think he saw himself in my old man's philandering ways.
So excuse me if all I do for Father's Day is give my husband the loving support he needs and thank my ex-husband for being a good Dad. The rest is up to everyone else to do as they see fit. I don't think I feel much like celebrating.
Posted by Robin at 11:29 AM

I'm sorry your dad wasn't all that great. Hugs to you... Tomorrow won't be easy for me only because I don't know who mine is and the only father I ever knew (who I was close to) is gone. My husband lost his daughter to parental alienation which led to her requesting to be adopted by her step father and my FIL is a terrible father to my husband so we won't be celebrating either.

Happy F Day to all the REAL fathers out there... and I don't mean real as in biology.

Father's Day is a special day to me as I know
5 great fathers they are my son in law and my
four son's. They are everything a dad should be
and more. I am proud to say that I had a hand
in making sure my son's knew what a good dad
Is the only thing I see them doing which I might
change is to stop spoiling them so much!
My own father now gone left our family when I
was around 11. He was a good dad till then. I
do think a dad is needed in a child's life and
should stay even if he isn't married to the mother.

I am mixed about my Dad. My son was the price of his ego, and I never got to talk to either of my parents about it. When they are dead, you can imagine things either way, but you really never get an answer. It is frustrating. I love him, but there are many times when I am so angry at him, still, that I tremble, especially when I see the damage to my son. And, then I remember that my partents were not yet 40 when my son was born, and I am confused again by my feelings about them....

I do understand your feelings. My dad was gone by the time I lost my son. He left because my parents divorced
I had a step thing by then and he and my mom made sure
my son was given up: I have issues with my mom and of course we don't talk about losing my son. Sometimes, I
think our parents didn't love us enough. I would never let
ANY of my family go through an adoption.
I do think that my step thing should have given up his first born son even though he was married and the mom of this son died to lung cancer. Maybe, he would not have gone to prison for rapes. Been in prison for over 20 plus years. Step things other two adults dis not give him any grandkids.

Can you say karma!

My own mother kept having kids in a bad marriage. WTF
Why? Maybe, she should have put a kid or two up for adoption? It was good enough for my kid, right.

That's why I do not believe that my own mother loved me enough. Although she claimed to love my daughter like her own my first born she would not let me keep my son who was a full brother to the granddaughter she loves so much
Like her own. Just lip service in my opinion.