Wheel's Turnin' Round and Round 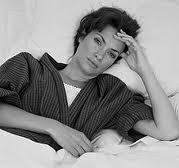 Glad you slept well after your mental health day, must do it more often. I, on the other hand, was reading a really good mystery and was up till 5:30. I am not fully functioning even yet this morning. I think a nap is in order. I will only start a boring book and I have just the one, Adoption Nation by Pertman....hardly riveting and predictable plot. I am sure I will sleep well tonight.

Glad you figured out the source of your anxiety, too. Being a mother, it is natural that we want to fix things for and in our children, even grown. When they were younger, we could kiss their booboos and all would be right with their world. We were denied that opportunity with our reunited children, and it is a tough call to be faced with something we know, and yet cannot, fix for this beloved returnee like we would have if they were children. Good one!

Good call by you, good insight, and good luck. It is so seductive to want to be the mommy and fix things. That is what we are good at. But, we cannot fix adults.