And The Beat Goes On.. 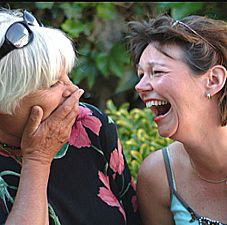 Look above this post at the blog header. It says, in PLAIN ENGLISH, "My home. My blog. My opinions. This is NOT a forum for debate." What's not to understand? I just had to hit on this once again as I seem to get more and more attention each time I do. *whistles and giggles*
My message and opinions are not exactly PC as far as adoption is concerned, but they are the true and valid experiences and opinions of legions of mothers and adoptees who have had to deal with the painfully unnatural nature of the separation and the expectations put upon our children.
This is the nice thing about the right to Freedom of Speech. As long as I don't post porn, violent sedition or libel, I can say whatever I like as the owner of this website (as defined by Google). I could have made Motherhood Deleted a subscription-only site, but I am not doing any good preaching to the choir. We want to reach the general public and people with open minds. This blog is to educate, not debate. Debate, as far as I, personally, am concerned, wastes my precious time and space. Usually, it turns into attacks and the sort of people who want to debate are not going to have their minds changed by any argument I might give. It is my right to monitor comments and delete any that I find argumentative and non-productive or (as in the case of one or two) deceptively "curious."
But, lest any of you frustrated flamers think you are not being heard, fear not! For, on my Face Book page, I copy and paste, for all my friends to see, your words of censure and your banal insults. We have many a laugh over them. The personal attacks are the best, especially for those who really know me. I still have to chuckle about the one that accused me of driving a Buick with a Palin for Prez bumper sticker on it, especially since I drive a PT cruiser and am a die-hard, left-leaning Democrat. That one will make me laugh for a long time. Her snap judgement of a complete stranger is totally comical.
Then there is the confused person who says that, since I allow the contents of my blog to be read by the general public, I should provide a forum for those who....well, "disagree" would be the polite term. That a public website is not the same as my home. Well, uh...read above.
So I am going to say it again, LOUDER. THIS IS MY BLOG. HERE, IT IS SAFE FOR ME TO POST MY OPINIONS AND OBSERVATIONS IN THE SPIRIT OF FREE SPEECH. IF YOU DON'T AGREE WITH ME, GET YOUR OWN BLOG AND POST YOUR OPINIONS AND OBSERVATIONS. But do watch out for that "libel" thing.
You know, a lot of flamers have a habit of citing the rare "hard case" when justifying adoption. The fact is that children with AIDS were not an issue during the BSE and the crack whore mother was also a very rare bird. She and the afflicted, orphaned children still are not the norm. I have to thank my friend, Bastardette for pointing this fact out to me.
And, there are numerous kin who DO want to take on the children of family members who can't care for them, but the state and others think that it is more profitable to subsidize an adoption that to help out with expenses for real family. This is the kind of social engineering that wants to deny the poor the right to have families and raise children. I'm still a fan of the idea of beefing up the legal guardian descriptions so that the lie of "as if born to" becomes unnecessary and children receive love and nurture without the pressure of trying to be what they are not.
But to hear it from the ones salivating over the prospect of getting a baby, toddler or being a saint and "saving" an older child, the mothers are worthless and the families of the mother and father are uncaring 100% of the time. NOT TRUE. Cases such as that are still in the minority, PAPs still lust after that healthy, preferably female infant, and there is money to be made and hearts to break.
There are also lives to forever mark with the stain and strain of the attempt to break the natural bond. No, it doesn't break, but it bends and twists out of shape over the years and grief and confusion are among the least of the worries of the Mother and Adopted Adult. Those who have not walked in our shoes and who operate from the vantage point of the one who benefits from that separation should not judge when we speak out...they will but they shouldn't.
So flamers, keep them coming. We get a really good laugh after we tear your arguments to shreds. The personal attacks are really special. I don't go to the happy-sappy, pro-adoption blogs and attack or argue. Those people are saying what they have the right to say, whether I agree or not. And I sure don't judge the character of people I don't know, personally.
I am very lucky when it comes to family and friends. I guess that is why I am able to keep on posting even when being attacked by strangers and nutbars. I feel the love and support and it keeps me keeping on.
And about the one who accused me of having a "heart of coal," my husband has an owl carved from coal that we bought in our future retirement home, West Virginia. Does that count? And you know what happens to coal under a lot of pressure?
It turns into diamonds.
Posted by Robin at 10:25 AM

You are a diamond, and I am glad to know you. I love reading their crap. Keep posting it. It is fun. I will add some, too....they really think we care....LOL

Heart of coal? You have got to be kidding me!? And all those adopters hearts towards the natural family are just as loving as they come, right? WRONG. Case in point are these idiots who have the gall to come to a first mother forum and denounce what is said, after the losses that we have suffered while they gained.

It is all about control for them, Robin, as I certainly don't need to tell you that. For us to have voice and speak about the true horrors of adoption truly terrifies them! That means they lose some of that control, because we aren't riding off into the sunset, never to be heard from again like they want us to. This is what I LOVE about the advent of the internet and forums such as these. We ALL get to have our say and the truth ain't pretty.

Sorry almighty adopters (actually, no I'm not). You won't shut us up. EVER. We get to take back some of that control now. What gratification I get from watching you squirm in your self righteous seats...

You should take no notice of those people, (I know it be hard). Maybe APs only are scared to heart the truth because there's still a lack of information about adoption. Please don't let them silence you and never ever let them persuade you into changing sides...

No the truth ain't pretty but that doesn't mean it doesn't need to be told.I too thrive on those assumptions commentors make along with their assumptions about who you are.They get it so wrong, every time.And hey doesn't coal run power stations?
Elle I think we need to pay attention to 'those people' they are great indicators of the myths and beliefs that abound out there in adoptionland.

Oh, I pay attention, Von. I read them and I save them and share them with my friends. But I refuse to allow them to take over my blog or even the comments section of my blog with their stupid name-calling and specious arguments. Most of them sound as bat-guano crazy as MB, anyway. Their only defense is a snarky offense.

Know you do, my comment was more on Elle's advice to take no notice.

Oh we need to be facebook friends. I am sure some of those gems would be perfect for my blog.
Keep up the good work