Of Forests and Trees 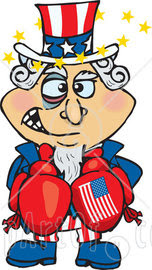 I have come to ponder, recently, if I have kept my focus too narrow in recent years. While I was speaking out for justice for Mothers from the EMS and open records for adult adoptees, a lot was happening in the good, old US of A. For instance, we were slowly being bought up and sold out by corporate interests and their government toadies and we woke up, one day, to a massive recession and fears for our futures. Say what you will about bubbles and busts...someone screwed us over.

Suddenly we had Rush Limbaugh, Glen Beck, Ann Coulter, Rick Santorum, and all the rest of them stirring the under-educated and over-churched to a frenzy. Where had I been? I had been dismissing these wannabe editorial pundits as insignificant and then I saw what they had managed to do. They played to the lowest common denominator and they played it well. I mean, how smart can the teabaggers be? They claim a Christian faith but revere Ayn Rand, a misogynistic, declared atheist whose only good point was her ability to write.

I have pondered on this quite a deal. I have done some ranting as well, but the conclusion I have come to is this. If we allow certain groups, such as the Tea Party, the Far Right Republicans and ALEC to control our government, buy out our supreme court, use racism, fundamentalist Christianity and hate to force their way into power, we can say hello again to maternity homes, forced surrenders and social engineering. All the progress made in the areas of women's rights and health will go down the drain, there will be thriving back-alley abortion operations and birth control will be tightly controlled by the powers that might be.

Education is suffering and the Dumbing Down Of America is almost a fait accompli. What else can one think when MSNBC gives an hour or more to the wedding of some bimbo reality star? How else does one explain such TV hits as Parking Wars and Storage Wars? Why are science and nature programs no longer on mainstream networks? Why are PBS and NPR having constant beg-athons?

As Wall Street and CEOs play fast and loose with our livelihoods, America, the land of the free is going down the toilet and into history along with Rome, The Old British Empire and all the others that fell of their own weight and greed. I believe it will not be an alien invasion, global warming (REAL, by the way), an asteroid collision or a nuclear attack but a rotting from within that will bring us down. It may take another civil war to save us only this time the lines will be drawn in ideology, not northern and southern boundaries.

We have presidential candidates that are totally ignorant about history and the meaning of the Constitution. They want to take it away and substitute the Bible and to Hell with the First Amendment. We who want justice and redress don't stand the chance of a snowball in July if these dogmatic dumb asses manage to win the nomination and election. Single motherhood will go back from being a choice to being a sin. A Corporate Theocracy isn't just science fiction material but a real and present threat.

It took me taking a step back from all things surrender and adoption and looking at the big picture. And my tree was part of the forest. I am 66 and while not exactly ancient, I know that I am not going to be around for the big show that may or may not happen. All I can do is try to work to save the forest so that we can still breathe and then work on my tree. It will probably be those coming after me who will see the results, unless the corporate takeover is complete. We did not see our sons, fathers, daughters, sisters, brothers and friends die in foreign wars to allow this to happen.

My son and I are discussing a trip to DC so that we can participate in the "Take Back The Dream" rally. I am signing petitions, writing letters to congress, the senate, our President and newspaper editors. I am supporting those who want to hold the line against a takeover of our government by the corporations and fundies. Living in a theocracy is no fun. Ask people in Iran, if you happen to be in a place where they can answer you honestly.

I am feeling the earth move as the shades of Thomas Jefferson, Benjamin Franklin, George Washington, John Adams (the elder...not the little boy), Paul Revere and all the rest rail in anger at the blatant rewriting and skewing of history. Abraham Lincoln, Teddy Roosevelt (boy, do we need another 'trust-buster' like him), FDR and JFK are probably in tears, if there is an existence after death. Or maybe the railing and the crying are just me acting for them. This is certainly a piss-poor way to honor their memories by taking what they worked so diligently to create and making it unrecognizable and serving only the financially and theologically "elite."

In any event, before we take the trip to redress, justice and reform, we need to make sure the vehicle is in running condition. I shall keep a close eye on my tree, but I need to get the nasties out of the forest. Anyone want to help?
Posted by Robin at 2:09 PM

I saw a bumper sticker recently that said "We the people, not We the corporation". I think what we are witnessing is the fall of an empire.

I wonder if there wil be a revolution as they are predicting. Or, will they just pray our problems away?

Very disturbing times...very disturbing. So many American people have decried Theocratic governments in other parts of the world and the lack of a democratic society under theocratic rule...yet seem to be openly, willingly..inviting a theocratic government for America. Either these people are plain-out stupid, or willfully ignorant. These same people should pay heed to what Oscar Wilde once said..
""When the gods wish to punish us
they answer our prayers.""