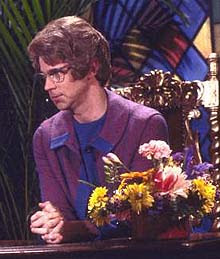 The Catholic Exchange published a poison-pen piece by adopter Heidi Hess Saxton with the title, “Anti-Adoption Advocates”: How Should We Respond?" I noticed, when reading through the comments, that none from these, so-called, "Anti-Adoption Advocates" were allowed. And people wonder why I refuse to publish inflammatory and insulting comments on this blog....
I invite you all to click on the link and read for yourself, but she brought out every anti-natural family preservation bugaboo in the pro-adoption bag of inaccuracies and spin-doctor tricks. She incorrectly labeled Bastard Nation as being anti-adoption when they are, in fact, open records for adoptees advocates. She misnamed Adoption-Legalized Lies by calling them "Ties" and went on to downgrade natural parents (mainly mothers) and bask in her self-entitlement. It must terrify her that these "forever children," as ADULTS, would want to know their information as part of their civil rights. Gee, what a concept.

Her "bio" states that "Heidi Hess Saxton is the author of "Raising Up Mommy" and founder of the Extraordinary Moms Network, an online resource for mothers of adopted, fostered, and special needs children. She and her husband foster-adopted their two children in 2002. " I wonder if the only "moms" she considers to be "extraordinary" are of the adoptive variety? It's the adopter seeking sainthood syndrome, if you ask me. It's also funny that natural mothers seem to be, for the most part, up to the task, instinctively.

Now, both Musing Mother and Bastardette have already posted wonderful responses to this vitriolic and demeaning article, so there is little that I can add. I can only ask, "Heidi, what are you so afraid of? If your little 'forever family' was ordained by the Almighty, then it should be safe from us bad old natural mothers."

I think what is happening is that the various far-right factions, among them the eugenics-minded adoption advocates and facilitators, are watching the emergence of the voices of those who are tired of having their children taken for no good reason. They hear the voices of adoptees fighting the concept of being owned and not even allowed to make adult choices when they pass the age of consent. They are also hearing from masses of people who are sick and tired of having someone else tell them how to live their lives, make their own reproductive choices and are ready for some balance and justice. They are also hearing from a faction they thought had been permanently silenced..the EMS (Era of Mass Surrender), Senior Mother. That makes this mother wonder why they are so threatened by us ordinary people they once characterized as amoral, delinquent and psychologically deviant.

Now, we have the commenter, "Trailblazer" (he was allowed to comment, of course) accusing us of another conspiracy. To quote; "It seems clear enough to me that all rhetoric aside the purpose of *ant-adoption initiatives under whatever guise (knowingly or unknowingly) is to further the abortion industry by removing one the main legitimate options to abortion." You know what, Trailblazer? Adoption and abortion are not even really connected by anyone except people like you, the eugenically elite. Once a woman decides to carry a pregnancy, then the question of abortion is moot. But, if she is unmarried and/or poor and/or young, that is when the adoption vultures descend. (*Uh, are we now advocating adoption of insects? Ants make poor "forever family" members, I would think.) And, Michael, me lad, I am KNOWINGLY pro-natural family preservation and, on a completely separate note, I KNOWINGLY support the right of a woman to make her own choices about her reproductive life.

The right to choose and the right to raise our own children are two separate issues. It is the pro-adoption faction that keeps gluing them together but they are not using the right kind of adhesive because it just doesn't stick. For quite a few years, now, the pro-adoption factions have used the dire specter of pro-choice as an argument for adoption when the two items are not even on the same page.

Saxton's thinly-disguised hate piece is just another impetus for those of us who have been damaged and discarded by a $1.6-billion-plus-a-year industry to keep on trucking. Here are a few words of advice for Saxton and her ilk. Don't assume superiority, either moral or social or intellectual, over the mothers of adoption loss. Don't forget that HIPAA laws protect us from adopters who would arrogantly demand our medical information. THAT is for us to share with our children when we are asked, in person, by our children and what information is shared is up to us. That is our only claim to a right to privacy. The majority of us do believe that our children have the right to know us, to re-connect with their heritage and to know the circumstances of their surrender. Contrary to what you would suggest, we are not hiding in shame in some dark closet. We fought for and regained our self-esteem and you and your kind are not going to have access to that part of us, EVER AGAIN!

I can only speak from the vantage-point of the Senior Mother. The industry, pro-adoptionists and their supporters have managed to put us in, as Musing Mother puts it, a state of "otherness" that, somehow, allows them to predate upon us, denigrate us and our importance in our ADULT children's lives and accuse us of all sorts of conspiracies and immoralities. Well, we've had enough of that crap, Heidi and Co.

There is no "conspiracy" and we are not doing anything covert or sneaky. This is out and out, overt, declared and delineated WAR. I refuse to be knocked around by the likes of someone like Saxton or anyone else in her cadre.

I wonder if she realizes how elitist, arrogant and discriminatory her post is? Oh, that's right...she's an adoption saint and can do no wrong (chime in the angel chorus). Like others of her beliefs, she is a legend in her own mind.

Write all you want, Heidi. You can't stop us.

Great post, Robin! The Church Lady picture is perfect. I especially wanted to thank you for this:

"They hear the voices of adoptees fighting the concept of being owned and not even allowed to make adult choices when they pass the age of consent."

Fighting the concept of being owned. Oh, how exactly you put it! Thank you for understanding how many of us adoptees feel, and for standing up to people like Ms. Saxton and her hate-mongering nonsense.

A few comments on this:

-she's a convert to Catholicism (I found this piece of info on another forum); the converts are typically the most self-righteous -it's as if they suddenly become God's chosen one to whom all knowledge in the universe has been gifted;

-she implies that all natural mothers and fathers were abusive or neglectful, and that is the source of any adoption related issues in the child;

-she feels it is perfectly reasonable for women to stay in their closet of shame FOR LIFE - too bad she doesn't understand that any reputable psych / counselor / priest will tell you that shaming oneself and holding onto secrets for an entire lifetime is severely emotionally and spiriturally damaging.

I left a comment and it did get posted but was followed by a note from the editor saying among other things what an open to learning person Ms. Hess Saxton was.

I told them I thought the article was a fall back to another age. I also suggested Heidi was biased, etc. etc. Well you can read it for yourself.

As I have said elsewhere, for years one side of the triangle has been the only side that was heard. Now that the other two sides are finding there voice, they aren't too happy.

Thank God for the internet and google alerts.

I don't always respond when I see these thing but I couldn't let that one go by, it was too offensive.