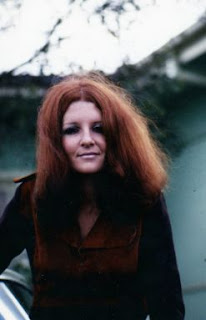 I am adding a permanent link to this website, created by Lily Arthur as a memorial and continuation of her work for the late, and sorely missed, Dian Wellfare. Di was a Senior Mother from Australia's nasty BSE. She was a pioneer and advisor and a fighter for the rights of mothers.

If you want to know what it was like during the Oz EMS, cast around and see if you can find a copy of the Australian TV documentary "Gone To A Good Home" which chronicles Lily's story and has statements from other mothers, including Di. I have watched this, twice, and cried both times.

The work of the original Origins NSW, founded by Di, has placed Australia in the forefront of genuine adoption reform. The number of adoptions, per capita, is astonishingly low when compared to the US of Adoption. Australian celebrities such as Nichole Kidman and Hugh Jackman are trying to bring it back into vogue, but the government and the activists seem to be holding a reasonable line.

I had several chances to exchange emails, ideas and information with Di and she was one sharp lady. On a personal level, she made no pretenses to being anything other than what she was...an activist and an advocate for others like herself. Her research was thorough and her views were acute and accurate. She was strong and persistent and cared, deeply, about those who had been wounded by the crimes against mothers during the EMS. She went through her final illness privately and with dignity.

Please visit Di's Site and you will be sincerely moved.

I miss talking with Di she was such a wonderful lady.

She was a true activist and pioneer who spoke the truth which some don't like hearing.

The truth about how mother's and their babies were used by those who couldn't have their own.

Abuses that were allowed, because they knew we were young, unprotected, and vulnerable.

Crimes committed for adopters so they could have a baby of their own while we mother's were left to cope whatever way we could without our babies.

rest in peace Di I for one miss you very much.

Good idea, Robin. I will do the same.

When I went to Lily's new website tribute to Di, I wept like a baby. She was an amazing force for change. Women like Di are rare, a composite of passion, energy, logic, skill, impeccable and brutal honesty tempered with a brilliant mind, and compassion for others who share her loss. An amazing woman! Her death is a loss to the world.