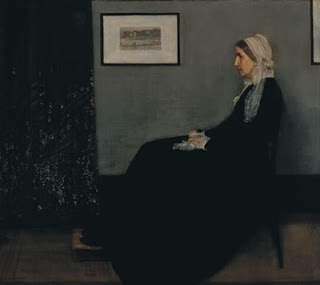 I know that most of my contemporaries hate to be defined by their age and that is understandable. However, to deny the fact that we are aging is not the healthiest way to fly, either. Life happens.

The mothers of the Baby Scoop Era are, like me, grandmothers and even great-grandmothers. Many of us are dealing with health issues and the realization that we can't keep up with our old schedules. We have learned the way of the nap and stopping to smell the roses.

My husband turned 70 in November. I will be 65 in July. We are planning a move to our retirement home but struggling to sell our current house. We both know it will be the last move we make. We are making sure this is what we both want because it will be our home for the rest of our lives.

Some of us are fortunate to have husbands and children, raised and reunited, with whom we can share this part of our lives. There are others who are aging alone and reach out to friends to find support in the issues unique to this situation.

Recently, on an Internet group for BSE mothers, we discussed the 14th amendment to the constitution. To summarize, this amendment, adopted in 1868,  protects rights against state infringements, defines citizenship, prohibits states from interfering with privileges and immunities, requires due process and equal protection, punishes states for denying vote, and disqualifies Confederate officials and debts. Coming at the end of the American Civil War, it was the first anti-discrimination amendment to include African Americans. But, women did not come under this umbrella of protected rights until the early part of the 20th century. I sometimes wonder if we ever really made it to that position, even today.

Were our rights not protected? Did we, when being coerced into surrender of our infants, have the advantage of due process and equal protection? NO. We were an odd,  oppressed minority. Middle class and Caucasion, for the most part, we were  disenfranchised due to marital status and/or age and/or financial considerations. Our infants were harvested like ripe wheat and that harvesting was done with arrogant impunity.

If we are ever going to make a case for the crimes against us that took place in that most hypocritical of times, it is now. We are not getting any younger and our time is being used up dealing with the chores and issues of aging. The industry counted on our silence and, for many years, they got it. The question is, do we continue to sit in the closet or do we make ourselves and our cause known?

Because our civil rights were violated, the rights of our children to see their own, true birth certificates is denied them. Information that should be free and open to BOTH mothers and adult children is kept under lock and key by some group of bureaucrats who either enjoy the power or want to cover their culpable asses or both.

Many groups of people who have been the target of discrimination have had the injustices of their pasts addressed and received official apologies. The issues have seen the light of day and society has the opportunity to correct them and not to repeat them. Why can't we get the same consideration? No, an official apology won't make it all better, but the attention to the truth, the airing of the dirty laundry can have an effect on such practices in the present day. And we will know that someone heard us.

But we are not getting any younger (Darn It) and time's a'wasting.
Posted by Robin at 8:50 AM

""And we will know that someone heard us.""

Robin, in January of 1990 I would visit the EEOC and lodge a complaint of "reverse discrimination" against Exxon (my ex-employer). The man that was taking my 'complaint' was white and 50'ish...he actually laughed at me, when I told him my complaint. Telling me that I had to be kidding...afterall this was Exxon USA I was talking about! I told him I was not kidding and to me was no laughing matter..he then asked why do you want to do this? I told him...because I want the higher-ups to hear my side of the story and not just the "story" my former manager put in my file. I want to be "heard"!! And I was "heard".."heard" enough that when EEOC investigated..my employment file had more than one lie within...this was verified by EEOC by contacting my previous employers...my work experience history. What caused me to go to EEOC was my one son who was then only 19 yrs of age. I was terribly depressed about losing my job with Exxon..truly I was devastated..it was the first time in my working life that I had been fired and those horrible feelings of shame were resurfacing, even though I had not been rightly fired. My son was worried about me, I was crying a lot..he said.."Mom, don't be sad, you have to get mad and do something about this, you have to tell someone your side of the story. Even if nothing comes of it..that you were "heard" and it was documented". I was heard, it was documented and I did partially win. I didn't get my job back...but Exxon did send a nice check in the mail. They lied and they were found out. Now how can we apply this experience of termination of employment..based on discrimination, secrets and lies...in how newborns were taken from young unmarried mothers during the BSE? I think something is very similar..too bad there isn't an EEOC for BSE Mothers!!! But there has to be something out there we can utilize..I only wish many more BSE mothers would join in and put there thinking caps on...sadly far too many are still in hiding, or afraid to Rock their Reunion Boats or feel defeated and throw their collective hands in the air and say.."What's the use"? The "use" is to bring the Truth into the light of day...the "use" is to show how these adoption agencies and maternity homes were getting these newborns, the "use" I believe would finally shatter the Sealed Records laws...No more secrets, no more lies. Robin, I sincerely hope that you receive many comments here...BSE Mothers need to raise their collective voices publically, rather than crying in the shadows.
Don't be Sad...Get MAD!