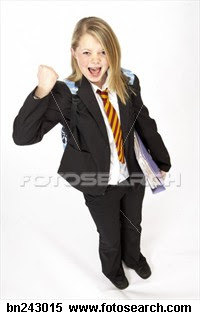 I love it when a truth is validated by expert scientific research. A study published by the University of St. Andrews and Edinburgh University in Scotland found that women have lost 90 percent of their eggs by the time they are 30 years old, and only have about 3 percent remaining by the time they are 40. Dr. Marie Savard, on Good Morning America, said that when planning to have a child, "The sooner the better."

The research, also reported in this article is the latest to warn women that they must not leave having children on the shelf until it is too late to conceive. This is one more report, verifying that the primary cause of infertility is delayed attempts to conceive. After untold decades of hearing the teen mother villified, this is another plus for those of us that bore children while young.

We women are born with all the eggs we will ever have. According to the study, this number varies but, the loss of viable ova is faster than even first thought. Add to the age factor STD's, obesity, smoking, drug use and other questionable lifestyle choices and the saga of infertility expands.

I can't help but feel a bit vindicated. Too often, we are told that our tragedy was our own fault because we "couldn't keep our panties on." Perhaps our bodies were telling us that it was time to produce children. How can anyone call young women past puberty and well into their teens "Babies?" I have heard the scornful phrase, "Babies having babies," until I want to heave. Our bodies mature at the rate Nature has initiated. We human have the arrogance to think we can control and engineer Nature. Nah, I don't think so.

A whole new industry, infertility research, has sprung up as women have tried to "have it all" and wait until they are over 30 to start families. The adoption industry has had demand begin to increase again as liberated women hear the alarm going off on their biological clock. And, once again the cry is heard through the land, "Alas and woe! Teen pregnancy is a problem!"

If, instead of treating a teen's pregnancy as a horrible problem, instead of insisting she is a child when she obviously isn't, why not help those young women? They live in a society that keeps our young people in childhood longer than is natural. Let's help them grow up rather than chastizing them for something that is totally natural.

I was 15 when I became pregnant for the first time....16 when I delivered my daughter. Yes, I was scared and knew I would be given no options, but I can also remember when I felt that first faint flutter in my womb. I became a Mother at that moment.  I did all the things that older mothers do when I delivered. I counted fingers and toes, did a strip-check to make sure all was well with my infant and felt my breasts grow heavy with milk that would never be suckled. And I mourned when they were taken from me.

Now, I am not advocating that teenagers rush out and get pregnant. There is still a lot to be said for thoughtful preparation. But, if today's couples want children, they should have them from the get-go. I know quite a few women who went to college while married and having babies. I know career women with children who do quite well. It can be done. Who knows how far the demand for adoptable infants would fall if women followed the rules of nature rather than the constructs of humans?

So lay off the teen moms. Give them a chance and a little bit of support and quit coveting their babies. Stop with the raids on the children of other cultures, accept what nature has decreed and live with your choices just was we were told we would have to live with ours (except for the fact that we were given no choices).

And, as I have said before, infertility does not entitle anyone to a child.

(Thanks to Musing Mother for bringing this to my attention.)
Posted by Robin at 11:30 AM

Cool. Saw this last night on the news and my husband and I said, as you did: YES!!!!

Let's shout it from the rooftops.

and end the idea that adopting is a way to "build families."