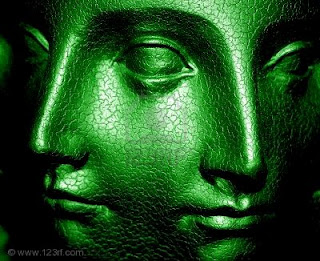 There has been much said about Natural Mothers who, after surrender, suffered from secondary infertility and never had another child. Many of these women have been on support forums and their situation is a painful one, but easy to understand.

What I have real trouble understanding (and this is going to get me blasted by a few) is the Natural Mother who suffers the loss of her child to adoption and then goes on, herself, to adopt. I don't get it. My own response to this is also strange. I feel, somehow, betrayed by one of my own.

I have a dear, online friend, an adopted person, who calls adoption "woman's inhumanity to woman." I agree with her. That is why I have a hard time understanding how a woman who had her infant appropriated for adoption could turn around and do that to another woman. I can only surmise that there are some painful dynamics going on in her psyche.

I have a couple of theories that may or may not apply. Since the single mother has been denigrated for so long, and adopters are seen as the next thing to saints, it could be a desperate lunge for redemption and respectability. I know one such mother who would much rather be identified as an adopter* (not her term) than the mother of a child surrendered to adoption. There is some kind of psychological exchange going on there. I do think that this is not on a conscious level.

Some have expressed adopting as their duty, to do for a child what was being done "for" their lost child. After talking to adults who were adopted and to other mothers, I can't see holding on to that rationale. The true raison d'etre for the majority of adoptions is all about an infant for a home...not an altruistic thing at all. So that explanation just doesn't wash in the light of the facts of adoption.

One woman, a friend, actually, has confided in me that she adopted after losing her firstborn to adoption so that she could have a child to raise but remain "loyal" to her lost child. It took her many years of counseling to see the contradictions in that. It really came to her, fully, when she reunited with her daughter and realized the difference in the bond. She knew her adopted child better, but shared more with her surrendered child. And, though she didn't want to admit it, or to have her adopted child know, the emotional aspects were definitely not the same. She has been very troubled by this for quite a while, now. She withdrew from all the groups and is trying to make peace with what she can't change.

Adoption as an industry exists because there is a demand, especially for healthy newborns. What was done and is still being done to procure that product is heinous, slick and devious. The demand by those who want to adopt has not decreased, even though the number of adoptable infants has gone way down. The prospective adopter is the one who creates this assault against her sisters. Her desire becomes another woman's tragedy. A little family is destroyed in order to give her what she covets.

With that view, I cannot imagine ever adopting and putting another woman through what I experienced. I have to raise an eyebrow when a sister Natural Mother does just that. Why? What's the REAL reason for this? Can it be that, by adopting, a natural mother might feel justification for what she sees as her own role (guilt) in her loss? Freud would have a field day with this. Of course, the emotional damage done to Natural Mothers has never seemed to be a very important issue to the community of mental health professionals with a couple of notable exceptions, one being Dr. Geoff Rickarby who submitted his conclusions to the inquiry into adoption practices in New South Wales.

The bottom line is that the woman who loses a child to adoption knows all about that kind of pain. So when she goes on, herself, to adopt, I have to wonder at the rationale. I guess I will never understand it. Of course, I am not required by these women to understand it.

I am also not required to either like it or voice approval of it.
Posted by Robin at 1:06 PM

Although there aren't many that I know who have
lost a baby to adoption then adopt another one I find
so confusing. The one I did have a chance to ask could
not offer a good explanation. Although in reunion she
seems more committed to the person she adopted than
her own blood another confusing factor. I do beleve she
likes her adopter hat much more than mother.
Gale

My adoptive father was also a father who lost his firstborn to adoption. While my amom never knew about his first child I find it very difficult to understand how he could have gone through the adoption process himself. Even worse, for me, is the fact that when I became pregnant at 16 he was very forceful about my son being surrendered.

I think that he looked at adoption as, like you said, a way to redeem himself for not "keeping" his first daughter. I also think that him coercing me into surrendering my son was a way to make sure I didn't succeed where he had failed.

It's maddening for sure.

I absolutely can not understand adopting a child after losing my daughter to adoption.

The other thing that bothers me is the natural mothers that help PAP find babies to adopt. They had gone through and surrendered their child and now they are promoting adoption. I have seen this aspect of it over and over again.

These are the same women that sit on adoption boards promoting adoption. It absolutely discusts me.

After I lost my son, I instinctively avoided the very thought of adoption. On a conscious level I tried to be understanding, but my mind recoiled from it and I eased myself away from those couples. I just couldn't like them anymore, and never really understood why.

I think that when a mother who has lost a child to adoption then goes on to adopt, her adopter self overrides her mother self. It then becomes ALL about justifying her adoption. I think that, in this situation, the adopter trumps mother in almost every case I have seen, and the most current one is no exception.