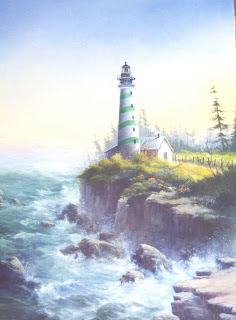 The world needs leaders and good followers, but we don't need to follow like sheep, especially when the "leaders" are poseurs. I was thinking about this when I read about the fact that Dr. Phil McGraw, a person I have always thought of as less than qualified to be the guru he pretends to be, is falling out of favor. I also notice that we don't hear as much from "Dr." Laura as we used to. We tend to be a day late and a dollar short in recognizing that we put way too much credibility in these media icons. I'd love to know who died and made Oprah Winfrey the savior of us all? Even Rush Limbaugh's audience is noticeably smaller. It is so good to see people questioning the influence of these people.

We have real heroes all around us. One such hero, Dian Wellfare, just left us way too soon. But I still stand among a group of women who can claim the title, who hold fast to their cause and their beliefs and I see heroes with graying hair and grandchildren...women who refuse to compromise or seek out ego gratification in lieu of progress and justice. These are women who don't suffer wedgies in their buttcracks due to sitting on that fence between mothers of adoption loss and those who think they should be cozying up to adopters and facilitators in the name of "education. These are mothers and some adoptees who have seen the truth and stand by that truth and don't "soften" the message just because some are cowards or seek popularity.

We have an opportunity, in the upcoming election, to move towards a government that will be, at the very least, somewhat more open to hearing our stories, stories that are the truth about what has been done to a generation of women in the name of social progress and problem solving....the truth about how women predate on other women and call it a good thing....the truth about how petty bureaucrats play God with the very fabric of the God/dess-given natural family.

There are those that would call themselves "leaders" when the strength to really speak the true word is not in them. Unfortunately, some of these so-called "leaders" have found their way into the natural family preservation movement, and, with the help of their woolly, ovine followers, are doing all they can to dilute and distort an important message.

We don't have to be sheep. We hold the shears. We have votes...votes in our political system and votes in our organizations. Let's keep the sheep out in the yard. They are great to help keep the grass down. Let's have real people start making decisions about where we are headed. Leaders, and lieutenants, sages and seers...we have what it takes so all it takes, now, is the doing.
Posted by Robin at 6:01 PM