More Scum Crawling Out of the Woodwork 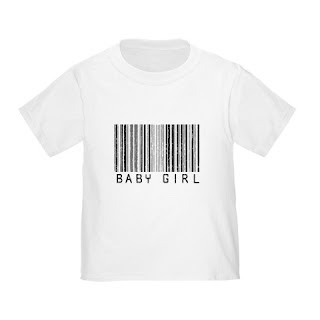 Somebody is losing $$$$$$$$$$$$$$$$$$$$$!
Ah, things are not going well for PAPs who want the mother of their adoption-acquired bundle of joy completely out of the picture. More and more countries are getting tired of the self-entitled westerner invading their human garden and picking the young fruit, especially the ones who have parents that want them.
I've been accused of being narrow-minded because I sincerely believe these children should be raised within their own culture by natural family members. Well, darn these people for wanting to keep their children when there are superior, wealthier, Americans with the "right religion" and other things that want to take their children from them. What MUST they be thinking? Don't they know that the only valid parents are Caucasian, well-to-do, Christian with a house and a bank account? Oh, that's right...the "agency representative" assured you that the child was an orphan. Nooooo, they wouldn't lie, would they? Call me narrow-minded if you will, but I consider this practice to be the epitome of arrogance. Read on......
http://vietnamnews.vnagency.com.vn/showarticle.php?num=01CAS250708

Adoption gang members held
(25-07-2008)
NAM DINH — Nam Dinh Police have arrested two more suspects for their alleged involvement in an illegal adoption ring, according to Nguyen Ngoc Kha from the provincial Investigation Police Department.
Vu Dinh Khan, director of Truc Ninh District’s Social Protection Centre and head of Viet Hung Commune’s healthcare centre, and his son, Vu Van Kiem, an accountant at Khan’s social protection centre, are suspected of having forged State adoption documents.
The father and son allegedly picked up 242 children, mostly infants of unknown origin, from throughout the province and took them to Truc Ninh’s Social Protection Centre since its establishment in February 2005.
Khan allegedly co-operated with some directors of other communal healthcare centres in the district to forge documents identifying the children’s origins before putting 221 of them up for adoption abroad.
Nam Dinh Police arrested three other suspects in relation to the case last month, including Tran Trong Lam, a Nam Dinh City resident, Vu Dinh Loi from Yen Tien Commune’s healthcare centre in Y Yen District, and Truong Cong Lich from Yen Luong Commune’s healthcare centre in Y Yen District.
Kha said the case was under further investigation and more suspects could be arrested.
Some 100 children under 5 years old have allegedly been illegally put up for adoption abroad since 2006.
The northern province is situated about 90km south of Ha Noi. — VNS
As more and more young moms here in the US decide to keep their babies (OMIGOD!! Babies Raising Babies!!! Call out the morals police!), and have access to birth control and abortion, the baby-crazed now go far afield for their fantasy fulfillment. Gee, I wonder who adopted those 100 children?
What with a number of US-based agencies being investigated and many of them, as well as many government agencies, looking over their shoulders to see what the Senior Mothers from the BSE have in mind for them, I imagine that some of these folks are sweating bullets. Good!
We were kicked to the curb when we were the most vulnerable. Looks like it might be getting close to time to return the favor.
Posted by Robin at 1:14 PM

I am wearing my shit kickers; will those work? Good job, as usual, My Friend. You state the obvious in ways that even the thickest headed proadoptionist can understand. Wonder what kind of spin is going to be put on these things from the news lately by the American press, or will they even be reporting them? That should be interesting to watch (and blog about...and tell the world) Keep up the good work, Robin. You rock!

LOL, Sandy, I just rejected a hateful comment from someone who says I need "serious therapy." LOL..I got that a long time ago, in order to deal with the emotional damage caused by losing my children to the adoption dipshits. Hey, this is the HEALTHY me! Just make sure you have some metal toes on those shit-kickers, Sandy. I want it to hurt.

Isn't it funny when we tell the truth about adoption and its money making agenda by selling babies to the highest bidders.

WE are the ones that NEED therapy.

Maybe those that are making that remark need to look into therapy before they BUY a baby!

Oh, no they don't need therapy they are trying to save a child that was stolen from its mother.

Too many sick women think they need someone else's baby to make them complete.

They need therapy to deal with the real issues and realize their problem is NOT another woman's problem because she can have a baby.

Oh, and I love the reformers of adoption after they adopt these types are also a dime a dozen trying to make something right after they have done the wrong thing.

ps I need therapy too. There are too many nutty adopters in this world for me to deal with. lol

It's the update of The White Man's Burden. The Afflluent White Pap's burden. I need therapy, too, Robin.

LOL, let's get a counselor and form a group. We can role-play and everything. Fun, fun!

Role playing would be fun who wants to be the adopter. I would like to kick a$$ on these greedy bitches.

Maybe, I could invite adoptress and we could have a session with her playing her role and me playing mine.

That would be my idea of justice.