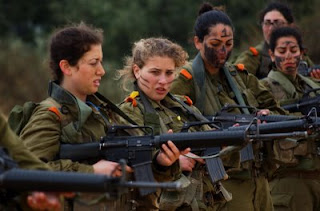 Thus speaks the hero as he/she takes on all comers, single-handed. In the more cliche action movies, the hero usually lives and all the supporting cast is killed except for one or two "special" friends. This is presented as a realistic picture of combat by the entertainment industry. Real life wars are a whole other proposition. To win the important battles, the warriors cover each other and each life is vital and valued.

We are fighting our own war, a kind of revolution against the social engineers, keepers of the keys, guardians of the status quo and the Industry and its Almighty Dollar. As more and more Natural Mothers and Adult Adopted People from the EMS come together and compare notes, the common enemy is revealed. This enemy worked so hard at pitting us against each other that they disregarded the fact that we had minds, voices and perceptions of our own.

Where there were the rare uncaring NMoms, the anger and hurt of the rejected adoptee was stoked to a fever pitch. Where there was secrecy-burdened family dysfunction, the fear of the mother was encouraged by arrogant assumers and presented as the norm. They ALMOST had us all, but a bunch of us have escaped the stockade and set up a bivouac and are plotting our strategy.

This is not going to be an easy war to win. What we want is HUGE. What the Industry stands to lose if the injustices against us and our children are revealed is HUGE. The legal profession, much of the professional medical community, churches and our own national government are on the side of the secrets, lies and distortions of fact that are the common arsenal of the Industry. Some of us older NMoms know there is a chance that we will not be alive to see the objectives achieved, especially the one of recognition and justice for the BSE mothers. It will be a bloody war and there will be casualties.

Each soldier in this endeavor has their own skill to bring to the fracas. Some are gifted in the areas of research, some can draft organizational and position documents, some know their way around state and national congresses and some of us can write from our passion and emotions, and do some rabble-rousing of our own. What matters is that there are more of us firing our own particular ammo at the same target rather than at each other. Too many have fallen to "friendly fire" and that is something that shouldn't happen.

If the USSR, England, France and the US could come together to defeat Adolph Hitler in WWII, then we, of different perspectives, can use our resources against the same enemy. Cooperate, yes, but accept the role in which you have landed. Not everyone can be a General and many shouldn't be one.

So "Praise the Family Tree and pass the ammunition!" Cover us! We're going in!!
Posted by Robin at 12:16 PM

It does feel like going into battle every day when I open my google accounts, visit YA and CL and read my emails. It is wearing, and discouraging. But, with a little help from our friends, we will overcome. The truth may not set US free, but it will certainly cause some squirming in other places.

Adoption is a business, built on the destruction of our most fundamental American institution...the family. We didn't declare this war...it was declared on us and our children.

That's right, Sandy..and it has been a sneak attack, just like what the Japanese inflicted on our Navy at Pearl Harbor. Maybe we need to find a couple of Industy-busting "bombs?"

Would a lawsuit for an illegal adoption be a good bomb? One aimed at the industry, social services and the individuals involved?

Why am I thinking *Ramboettes*?!
It's been a 'secret' war...time to take it to the Enemy, up close and personal!!

It's a World War this one as we've seen by what has happened in Spain and other places.French adoptees and mothers aren't getting it easy and in India we have baby stealing and surrogacy factories.I could go on.Usually do.I'm up to be counted.