Politics, Religion and Guns, Oh My! 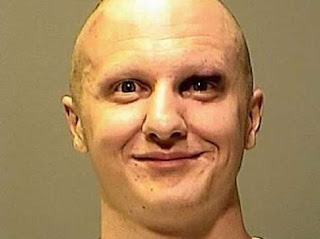 Jared Loughner is a troubled young man. He is mentally unstable in a society that doesn't protect or care for the mentally ill and certainly doesn't protect them from hate rhetoric. Yes, I know what the President said in his wonderful speech, but I cannot negate the fact that this kid came after Rep. Gifford TWICE. The first time was an assault on her local headquarters after she had voted in favor of the health care bill. The second time, he came armed, he killed, wounded and created mayhem.

This picture has been published in every media source in the nation and beyond. With his long hair shaved off, he looks like the personification of evil. But he's not. He's sick and sad and was a perfect breeding ground for the embryos of hate that are being heaped on us, daily. He is another undervalued human being who was pushed by hate rhetoric and his own demons into finding validation in a horrible way. Now his legacy will be a negative one and his name will always be associated with horror, death and hate.

I have maintained, for quite a while now, that the far right, with its ties to ultra-conservative Christianity, and the talking heads that fuel the fire, are the biggest threats to our basic freedoms. They don't have to pull the guns themselves, although Ms. Palin seems to see herself as mighty handy with a weapon. All they have to do is keep spewing the vitriolic bile of their hate and fear-mongering misinformation, and there will be all the Jareds out there who will think they are being charged, personally, with a task. It is a simple matter, unfortunately, to arm themselves with weapons.

This incident didn't turn us against each other. We were already turned. The poison has been seeping into the system for a long time, now. I have watched it in my own family. We have reached the point in our society where we no longer allow anyone a difference of opinion for fear that ours will be wrong. In my own circle, in my own family, I have seen people blocking others from their Facebook pages because of issues of religion, politics or both. I have an old friend who has unfriended me because of my opinions on adoption and organized religion. The stage is set and the fuses are waiting to be lit. 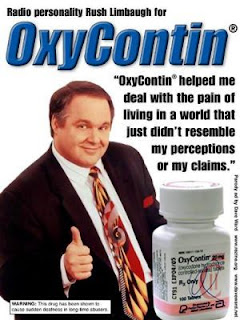 A very conservative young man got into a "debate" with me, stating that I should "lay off" the RushGlenSarahBillPatetc contingent and called me "culpable" in the same manner as the right-wingers. OK, show me that kind of rhetoric, in that amount, followed by that many people, saying exactly the same things and I will concede the point. But, what I have seen thus far does not support that hypothesis. You don't often hear about a disgruntled liberal picking up a gun and blowing a few people away while under the influence of those nasty, leftist, demon commentators, now do you?

I know this post is a departure from my normal subject matter, its connection only very tenuous. But I cannot let it go without saying my piece. With all due respect to our Commander In Chief, I am angry that these people take our precious freedom of speech and use it to inflame and misinform. Taking the high road is good, and I respect those who do. But when you turn the other cheek to these asshats, they just slap that one, too. No, I do not advocate censorship, but I do wonder what would happen if every empty-headed rambling of Palin's was taken apart, piece by piece, by the media? I wonder what would happen if we refused, en masse, to buy the products of the sponsors who keep the inflamers on the air? There used to be a time when people were careful and responsible about how they used freedom of speech.

Would that reduce the volume of broadcast bias and bombasity? Might any who were shown to be as foolish as the charges they level actually be embarrassed by being publicly outed as agitators? Would they finally give up if their protestations started falling on deaf ears?

It would be interesting to see, wouldn't it?
Posted by Robin at 1:19 PM

As the mother of that Conservative young man, I could not agree with this post more. Hitler incited the Germans with his speeches.

This is the exact thing that we have been discussing for some time. Our country has gotten more and more bullyish, exhibiting more and more chest beating and bravado since Bush did his chest pounding before invading Iraq. WORDS MATTER.

I am in full support of Freedom of Speech...but at what cost?? Do I blame Palin personally for what this deranged, unbalanced young man did..of course not. Still I have to wonder with all the hate/violent/angry speech/rhetoric, what is it they ultimately want to accomplish? Are those that use this freedom of the aforementioned...looking to incite the crazies among us...do their dirty work for them and then claim...my hands are clean, I didn't do anything wrong other than employing my constitutional right..Freedom of Speech? Our Freedoms in this country, came at a high cost of life and limb..are there now people who are abusing these freedoms? I certainly don't have any answers...but I sincerely doubt that the tone will be turned down...in fact I think lots of feet will dig in deeper...to spread their messages to incite and further disrupt the American Way of Life. Or was the American Way of Life always predicated, built on a foundation of violence? I think it was and still it is. I also believe in America there does exist a population of people, that truly want to see blood in the streets....then what? They will sit back and watch the ignorant masses fight amongst each other..kill each other and then reap the control they so desire and tell us all...I didn't do it. Sad days for all of us, at least I think so.